The Conflict Between Russia and Ukraine

A synopsis of the war between Russia and Ukraine 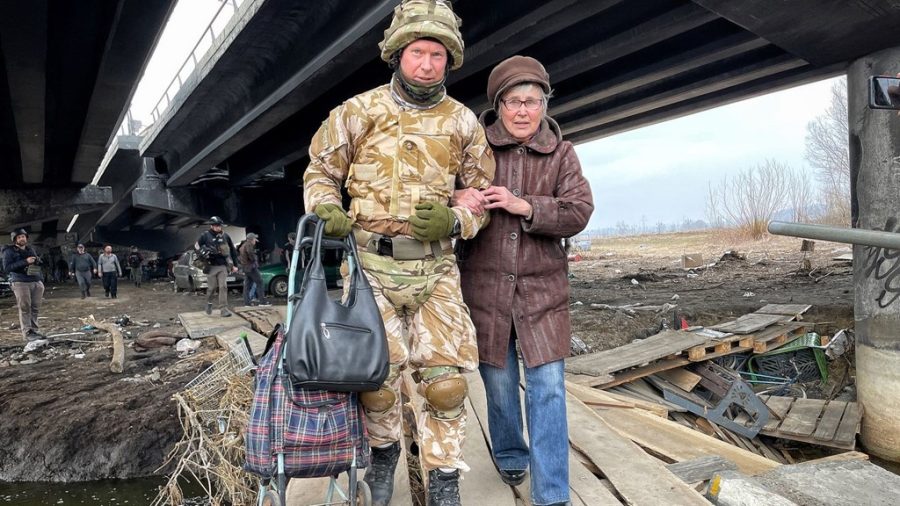 Soldier helping a civilian from Ukraine

On February 24th, 2022, Russia sent its troops into Ukraine. The Ukrainian government had been warning about their plan to invade since 2014, yet the rest of the world is still in disbelief. Now, a month later, the battle is still being fought.

While it is understood there are multiple reasons for Russia’s aggression, the most common answer is Ukraine’s involvement with NATO. NATO is the North Atlantic Treaty Organization and is an alliance of numerous countries around the globe. Ukraine’s President Zelensky has recently attempted to form closer ties with NATO, to the dismay of Russia. In response, Putin stated that Russians and Ukrainians were relatively similar people. He continued by stating that Ukraine and Russia were brother countries, and since Russia was the older brother in the situation, it should be in charge. Neither Ukrainian citizens nor President Zelensky took this statement kindly. Zelensky replied that Ukraine wanted to remain friends with Russia, but that they were not afraid to defend their country if needed. After this, Putin put his plan into motion to overtake the entire country. Most Russian citizens disagree with the war, though they are being silenced. Putin has cut off almost all media in Russia, including social media outlets as well as news stations. In a few words, his new regime is unless you are with me, then you are against me. Putin is sending soldiers in without proper medical supplies, food, or fuel for their vehicles.

In response, Ukraine has put together its own movement to push back and deter Russian soldiers. Citizens are capturing soldiers, pushing back and even stealing tanks. Ukraine not only has its army but also multiple volunteer brigades that are at the front, including President Zelensky. However, Ukrainian citizens are having an even harder time during this devastating time. Attempts to evacuate, receive medical attention and food, or even save those in the rubble of buildings that the Russian army has bombed, have all been undermined. Some accounts even state that Russian soldiers are opening fire on sanctioned evacuation routes. The death toll, as of now, is 1,119 Ukrainian citizens, 7,000 Russian soldiers, and 5 American citizens.

This reckless act of the Russian government has led to the deaths of thousands, as well as the unnecessary destruction of civilian buildings. As tensions continue to rise, countries are beginning to take steps to help those in Ukraine who are suffering from the destruction. Some of these countries include Poland, Romania, and the United States. Poland and Romania have set up hundreds of refugee camps throughout their respective countries, and the United States has recently agreed to welcome 100,000 Ukrainian refugees into the country. Multiple companies have cut off all connections with Russia, including Disney, Ikea, and McDonald’s. The United States has also stopped importing Russian oil, President Biden having removed oil from the national reserve.