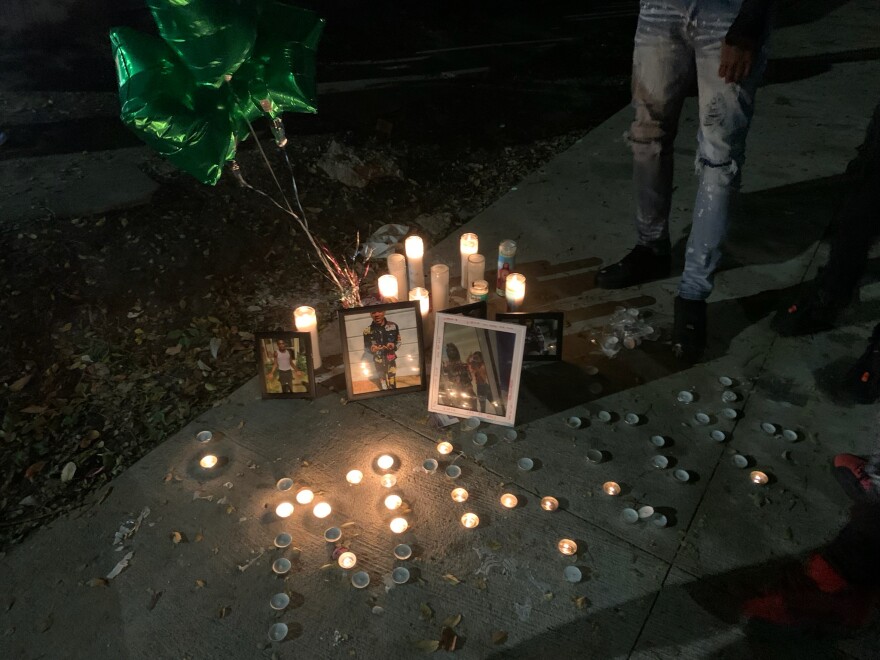 Vigil held for Pruitt to honor him

It is never easy to hear about a student-aged child passing away, but it is even more tragic when it is due to an act of gun violence. DeQuwan Pruitt, a 15-year-old student at Richwoods, died on November 9th from multiple gunshot wounds, becoming Peoria’s 29th homicide of 2021. However, DeQuwan was more than just a statistic. He was a teenager, who like anyone of us, had family, friends, dreams, and goals. Recently, I was able to talk to people who had known him personally from school and I want to honor him by sharing a few memories representative of the person he was– a person who has left us too soon.

One of DeQuwan’s teachers at Richwoods, Matt Luckey, told me a little about his time with him in the classroom. “DeQuwan was well liked by all of his classmates. They all called him Nook.” He continued, “He seemed to enjoy his time at Richwoods. He will be missed.”

Many people loved DeQuwan’s smile. He was someone that, with just a flash of his smile, could make your day better. DeRosa, a friend of DeQuwan’s back when he had attended Pleasant Valley, remembered his smile well. “He always made me smile in the third grade and made sure I was okay,” she said.

Sofi Deverger, another friend, shared with me her first encounter with DeQuwan. “I met Nook at lunch, he was making me smile and I was making him laugh. He had the best smile I swear,” she had said. “Later, I went to my sixth hour, which was gym, and I was walking laps with my earbuds in. And suddenly, I felt someone wrap their arm around my shoulder and I looked up and it was him. He had stopped playing basketball with his friends to come and talk to me. And we just kind of joked around,” she says. Simple moments like the one Sofi depicted shows how Nook was a kind and thoughtful kid.

DeQuwan’s older brothers spoke with a reporter from WCBU. “He wasn’t a bad kid,” the 18-year-old brother said. “He would cry over his girlfriend. Bro got a heart. He got a heart.” His 17-year-old brother then said, “He was just a little boy, bro. Still growing up.” The WCBU article also talks about his favorite rappers (Lil Durk and King Von) and his favorite video game (NBA2K and Grand Theft Auto.)

DeQuwan, Nook, Pruitt was taken from this world too soon. While we grieve his passing, it is also our duty to remember him, the consequences of gun violence, and the devastation this violence brings. He remains in our hearts, and his family and friends in our prayers. Rest in peace, DeQuwan.